The Atlanta Braves and Milwaukee Brewers had a bench-clearing tussle, in the first inning of their meaningless game in front of a virtually empty stadium. Awesome. The Brew Crew went on to win 4-0.

Todd Helton jacked a homer in his Coors Field finale. The Rockies also presented him with a horse before the game.

Jarius Byrd says he won't play for the Bills until he's 100 percent.

The New York Knicks and Brooklyn Nets have been ordered to play nice and share the 2015 NBA All-Star Game.

Kevin Durant says Derrick Rose looks better than ever after a year off.

Qatar 2022 World Cup organizers were shocked after a report detailed the slave-like conditions migrant workers are forced to endure.

The Hard Rock Cafe says they're going to stop playing "Enter Sandman" at all Hard Rock locations, except the one at Yankee Stadium in honor of Mariano Rivera. The Yankees officially missed the playoffs for just the second time in 19 years.

NC State will have the most starting QBs in the NFL this weekend when Mike Glennon takes over for Josh Freeman in Tampa, joining Russell Wilson and Philip Rivers.

Floyd Mayweather spit a freestyle and discussed the state of boxing on Sway in the Morning.

Drake's Nothing Was The Same is set for a huge debut with projections at just over 700,000 copies in the first week. Those numbers put him second behind Justin Timberlake for first-week album sales in 2013.

Pusha T takes MTV behind the scenes for the video for "Sweet Serenade" with Chris Brown.

A judge in Ohio is taking drug addiction treatment into his own hands (instead of subjecting offenders to the punitive system currently in place), by ordering drug addicts to take rehabilitative drugs.

Thanks to a split in the GOP and Ted Cruz's massive waste of time, Speaker John Boehner doesn't have enough time to make a deal and faces three options with the budget, none of which are any good. Republicans now acknowledge that even a government shutdown can't stop Obamacare at this point. Enrollment begins Oct. 1.

Chinese doctors grew a nose on a man's forehead which will be transplanted to replace his original nose. 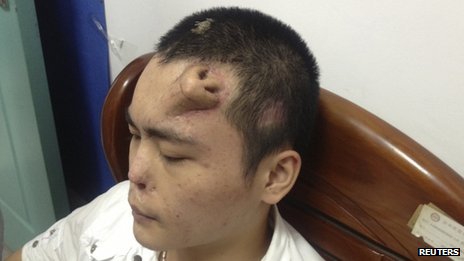 21 people were killed in Baghdad after bombs exploded near markets.

A video satirizing rape and the way women are treated in India went viral. Producers said it was good to have so much support, but sad that so many women could relate.

SchoolBoy Q released another single from his upcoming album Oxymoron.